(Remark: This is just the normal construction. HUANGHE CABLE can also design and produce the cables according to your special requirement.) 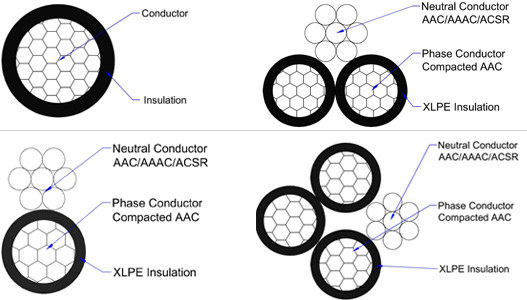 Covered line wire is used primarily for overhead secondary distribution lines.It is not an electrically insulated conductor and is treated as bare conductor when installed.

To supply 120 volt aerial service for temporary service at construction sites, outdoor or street lighting. For service at 600 volts or lower at a conductor temperature of 75 °C maximum.

To supply power from the utility’s lines to the consumer’s weatherhead. For service at 600 volts or less (phase to phase) at a conductor temperature of 75°Cmaximum for polyethylene insulation or 90°C maximum for cross linked insulation.